Why do I write YA fiction? Because E.B. White, C.S. Lewis, Louisa May Alcott, Laura Ingalls Wilder, and many, many others. As a kid and a teen, those authors taught me so much about life and pain and joy and what it means to be a flawed yet still beautiful human being. Now, as an adult, my favorite books are still YA, written by amazing novelists such as Ruta Sepetys, Laurie Halse Anderson, Gary Schmidt, Rainbow Rowell, and many, many, MANY others. The life themes that most interest me all tend to center around discovering our true selves, understanding and accepting our imperfections, and learning to appreciate others as multi-dimensional people rather than forming snap judgments about them and trying to put them in boxes. What better setting for exploring those ideas than the teen years? Though it’s been—well, let’s just say—a while since I was a teen, I remember the insecurities and also the sense of possibility I felt back then as though it were yesterday. I was kind of awkward, or at least, I felt awkward, and though I had some great friends, I was certainly not part of the “in” crowd, andI was SUPER shy around boys. Basically, I was a YA character waiting to bloom. Writing YA gives me a chance to create characters that navigate their way through all that awkwardness and find ways to bloom. 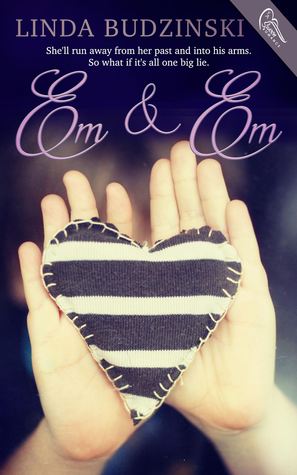 Em and Em by Linda Budzinski

The last thing sixteen-year-old Emily Slovkowski wants is to move away from her home at the Jersey shore, gorgeous surfer boyfriend Zach, and her entire identity. But that’s kind of how Witness Protection works, and Em must prepare herself for an epic do-over as she starts a new life in the Midwest.

Even as she pines for sandy beaches and the night life of the shore, the newly-named Ember O’Malley finds herself making new friends, taking photos for the high school newspaper, and thinking an awful lot about the paper's editor, an oddly cute cowboy named Charles.

When Em stumbles upon a shady beneath-the-bleachers exchange between one of the school’s football coaches and a student, she refuses to get involved. The last thing she needs is to be witness to another crime or call attention to herself. Besides, she finally has some real friends - well, real except for the fact that they don’t know a single thing about her - and she prefers to keep it that way until the trial. But as her day in court approaches, Em begins piecing together what she saw that day beneath the bleachers. And, as her own past secrets start to catch up with her, Em needs to figure out who she really is - Em or Em.

Purchase it at: Books-A-Million / Amazon / B&N / Chapters / The Book Depository

Enter the Rafflecopter Giveaway to win an ebook copy of Em & Em and $10 Amazon Gift Card. 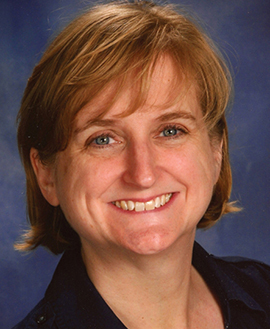 Linda Acorn Budzinski decided in the second grade that she wanted to be a “Paperback Writer,” just like in the Beatles song. She majored in journalism in college and now works in marketing and communications. She spent 18 years at a trade association in the funeral service industry, where she discovered that funeral directors are some of the bravest and most compassionate people on earth. Linda lives in Northern Virginia with her husband, Joe, and their chihuahua, Demitria. She has two step-daughters, Eris and Sarah. THE FUNERAL SINGER is her debut novel. She is represented by Andrea Somberg of Harvey Klinger Inc.