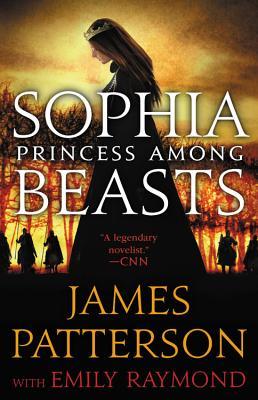 A princess who has lost her mother and father finds herself in a terrifying world that urgently needs a queen.

Sophia is smart, beautiful, and accomplished, a beloved princess devoted to the people and to reading books. The kingdom is hers, until she is plunged into a nightmarish realm populated by the awful beasts she read about as a child.

The beasts are real. And so is the great army marching on her castle. The people look to Sophia for protection. They will all perish unless she can unlock an ancient secret as profound as life and death itself.

This is one of those books that seemed like it might be a good idea... until the author started writing it.

The title derives from the way the king, his knights and even the mythical figures Sophia interacts with views the lower classes of the world- as beasts.  If you thought that was too subtle, don't worry- you'll be hit over the head with it enough times for it to sink in.

Princess Sophia is the MarySue- the kind, gentle, entitled, clueless waif who eschews needlepoint and harp lessons for swordplay and strategy (how else can she be the heroine if she can't kill the bad guys?)  Yet she wrangles a promise on her birthday from her warrior king father to stop expanding the realm, which makes everyone else see him as weak and losing his edge.  Even a mythical figure named Ares now thinks the king's a punk and it's time to march on his lands.  On her weekly errand of mercy to the local village, Sophia's confronted by a tall, handsome, dark haired youth named Raphael.

She also learns there's an outbreak of plague (which in all her other trips she'd somehow never heard of it)- and the scene where she contracts it is both unintentionally funny and sets up the ridiculousness of the rest of the story.  I don't want to ruin it; you really gotta read this for yourselves.

Just before the disease sets in, an assassin magically (literally) infiltrates the castle and eviscerates the king, who manages to hold on just long enough for a tearful goodbye. On her first day as Queen, Sophia sickens and dies as Ares' army marches closer.

Suddenly she's being transported via an ogre-driven coach across the netherrealm to... wherever spirits go, I guess.  But first, there's a tender reunion with her long dead mother who makes the coach stop by... ordering them to... yet can't stop the ogres ten minutes later from snatching her back.  How's this even possible you ask?  Why's it even happening in the first place?  What the heck's wrong with you people?

Their destination turns out to be none other than Ares' stronghold, populated by mythical creatures Sophia's read about all her life (loves books, remember?) and several former residents of the village, including one particular tall, handsome, dark haired youth.

For some contrived reason Ares brought Sophia here to be a bride for one of his mythical buddies.  Naturally, any plucky princess would refuse and a few of these entities manage to get themselves killed (!) in the wooing process by one of the competition named Reiper.  Sophia slides down to the village to seek out Raphael and learns that the residents have been conscripted to fight for Ares in his next battle (take one guess).  So like any plucky princess, Sophia starts teaching the locals how to fight while whispering to them about REBELLION.  Ares starts losing his patience and tells her to choose someone- or else!  Reiper, as it turns out, is the magical assassin who killed the king, and has determined Sophia should be his, but Sophia thinks she should be Raphael's.

While Sophia gets chased through the castle by another of the would-be suitors, the castle gets attacked by the locals, who've decided REBELLION is a good idea.  Two more suitors get killed, Ares retreats and Reiper seemingly kills Raphael.  You read that right: a peasant mob storms the stronghold of a god and his retinue and runs them all off. You also read right the part about Raphael appearing to get whacked...

Oddly enough, the ogre-driven coach shows up again, and Sophia demands they take her to see her mom.  After some mystical mumbo-jumbo Sophia returns to the land of the living, none the worse for wear and just in time for the arrival of Ares' army.   You know the rest.

This book is completely all over the place.  It's a bunch of barely strung together set pieces that the Main Character wanders through until they reach the signpost at the end. It's a complete insult to your intelligence and an utter waste of time.  James Patterson oughta be ashamed to lend his name to something like this.